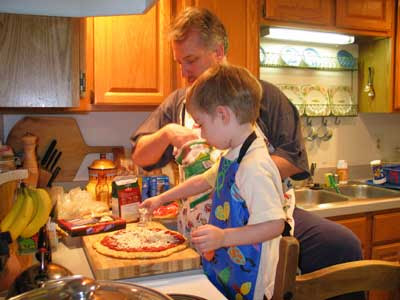 Screening prospective tenants for a vacant unit in your apartment building is one of the vital parts of rental property management. Mistakes here can cost you dearly in lost rents, property damage, loss of current “good” tenants plus lots of personal stress. Rental property management is a tough stressful business. It can be lots worse if you make any one of at least five mistakes many “newbies” to this business make.

1 – Using a verbal instead of a written application for the apartment unit. This should be a no-brainer, but I know of some who rent units out based on an interview of a prospect. I am not a lawyer, but I do know that verbal contracts do not stand up in court when you are dealing with real estate.

If you end up letting a “deadbeat” rent your unit, when you try to evict this person you have no evidence to present at the court hearing. If the person merely stated that he was employed when he was not, it would be your word against his. If he told you he had no pets and you find he has 3 dogs and 5 cats, you have no evidence to refute anything he might say.

To avoid this mistake, find an application. These are available through office supply outlets and on the internet. We use one that has been modified several times to include items not felt necessary when we started. The application need not be complicated, and I think is better when simple

See also  Overwhelmed by the Complexity of Health? This May Help

2 – Assuming that if someone puts down references, they are always telling the truth.

You should always do the “due diligence” when checking references, especially the employment references. When you call to check with their current landlord, be aware that a landlord who is trying to get rid of a tenant is probably not going to say anything bad about the prospect. A more reliable reference would be the landlord previous to the present one. They are less likely to lie, or shade the truth about a tenant they no longer have to worry about.

3 – Forgetting to ask for identification, the driver’s license being the most common. If anyone refuses to give you identification usually has a reason. Good examples I have run into are: criminals out on bond, persons who say they are employed but actually are unemployed, people who are violating the law by driving without a license, and foreigners living in this country illegally.

4 – Not asking who will be living in the apartment with them.

5 – Persons who say they are renting the apartment for someone else rather than for themselves. I once rented to a man who said he was renting it for himself and his wife. He said his wife was in the hospital and wouldn’t be able to move in until two weeks later. When the two weeks were up, she moved in and he moved out. It turns out that the hospital she was in was a mental hospital. She was evicted a while later, but with great difficulty and expense.

There are of course many other mistakes you can make, but those presented here are at the top of the list.