What Does ‘Leasehold’ Mean When Talking About a Flat? 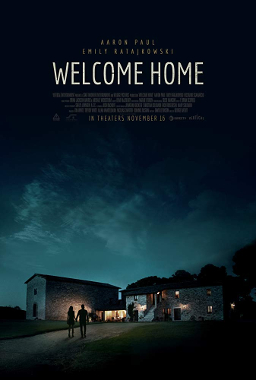 Most houses in England and Wales are freehold tenure. This means that the “owner” owns the building and the land together. Technically, the freeholder owns the plot down to the centre of the earth and above it to the top of the sky.

Here we need to clearly distinguish between ‘short leases’, ‘long leases’ and ‘Assured Shorthold Tenancies’. The official definition of a long lease is one that was originally granted for at least 21 years. Leasehold legislation relates to a ‘long leases’, as would be the case with most flats in England and Wales.

Confusingly, the term ‘tenant’ is used to refer to the long leaseholder in much legal parlance. This tenant is not the same as the tenant in an Assured Shorthold Tenancy (AST), a form of rental agreement created in the 1988 Housing Act which is the default tenancy type in the private rented sector. An AST is a short-term contractual relationship (often around six months) between someone who is allowed to live in a flat (or house) by the ‘leaseholder’ in return for a rental payment.

To make it even more confusing, both flat owners and private rental tenants pay a rent. In the case of the AST tenant it is a monthly rent usually to the leaseholder. This gives them the right simply to occupy that dwelling. The leaseholder or flat owner also pays a rent, a “ground rent”, to the freeholder. This is usually paid every six months or every year and is usually between AÃ¯Â¿Â½20 and AÃ¯Â¿Â½200 each time under the terms of the original lease.

Most commonly in blocks of flats there is one legal owner for the freehold – essentially the land and most of the building on it – and there is a separate agreement called a “long lease” for the flat owners. It is worth noting that sometimes there are other parties in between the freeholder and the leaseholder such as owners of “head leases” or “intervening leases” and you need to make sure you understand the exact line of ownership. This can be very complex and you may well need the help of a solicitor or surveyor, ideally a member of the Association of Leasehold Enfranchisement Practitioners (ALEP). You will also need to start with copies of the relevant leases.

The complexity of the ownership can come as quite a shock for many people who have paid for a flat or apartment to find that actually they only apparently part-own it. Usually the lease is longer than the remaining term of most people’s lives so it amounts in practicality to owning the property outright. However, in theory, when the lease runs down to zero, the flat becomes the sole property of the freeholder. Since most leases of flats for sale are substantially in excess of 60 years, most buyers will not live to see the day this happens. However, if nothing is done, the flat will go back to the freeholder, reverting to them. This is why you will sometimes hear the freeholder referred to as the “reversioner.”